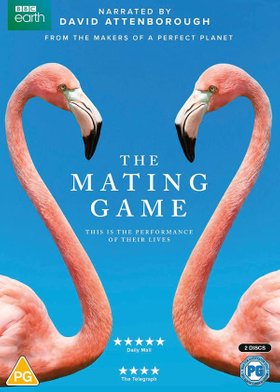 The grasslands of our planet are some of the most challenging habitats for playing the Mating Game. They are an open stage where potential partners and jealous rivals can witness your every move… and every failure.

The Ocean is where life first experimented with the Mating Game,

and over time this has led to some of the most ingenious mating strategies of all!

3. Jungles: In The Thick Of It

Jungles are home to 80% of all species but they cover just 2% of the planet. When animals in these crowded forests want to mate, the challenge is how to stand out from the crowd.

4. Freshwater: Timing Is Everything

Freshwater is often the stage on which millions of animals gather to find a mate.

And the cycle of freshwater is the trigger for spectacular mating rituals and fierce competition.

All life is driven by the need to breed. Yet for a few, the odds of success are overwhelmingly against them, so these have adopted the most extraordinary

mating strategies of all.