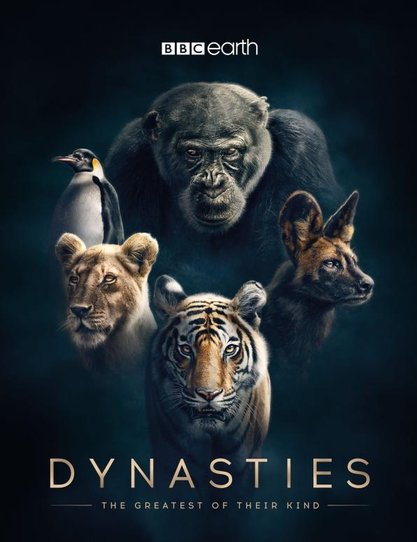 In Senegal, west Africa, live a group of chimpanzees led by an alpha male named David. He has already been alpha for three years - a time when leaders here are usually overthrown.

A colony of emperor penguins gather in Atka Bay, on the coast of Antarctica,

after three months of feeding at sea. They arrive as the water freezes over and all

the other Antarctic animals have left the continent for the relative safety of the sea.

This episode features one of the most famous lion prides in Africa - the Marsh Pride of Kenya's Masai Mara. As the story begins, the Marsh Pride is in a unique situation in their history. They have been abandoned by all of the adult males who - until now - defended the pride.

This episode features a painted wolf named Tait, matriarch of one of the last great families of this endangered animal. She has ruled her dynasty for many years on the banks of Zambezi river in Zimbabwe, keeping the peace within her sprawling family.

Reserve in India and holds the perfect tiger territory, with dense jungle,